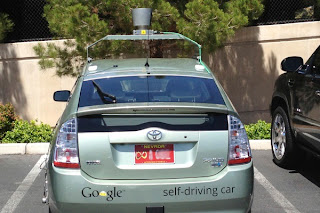 These pilot-less vehicles will have special red license places with an infinity symbol on it to indicate these cars as such, as if you couldn't tell with the equipment attached to the car. Also the license still requires two people to be in the car at all times. One person to take control manually if need be and another to monitor the plotted navigation the car plans to follow.
Finally, the future of the past two decades science fiction is paying off. 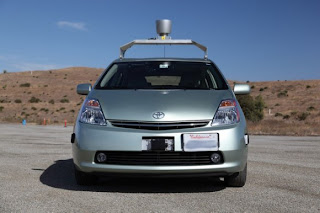